The Big Decision and the Long Road "Home"

March 26, 2019
I’ll never forget the first thing I did when I got to my tiny inaka apartment.

When I woke up in Tokyo on the first day of orientation, I felt a scratchy feeling at the back of my throat, and for the next four days it didn’t go away. The rest of the week was a progressively-worse haze as I faded in and out of lucidity during long lectures and sucked down vitamin C drinks in vain. When I finally got to my placement, I buzzed around town finishing up some minor things, before finally being shown to my apartment. As the doors thudded closed, the silence settled in.

It was the first time I’d been truly alone in almost a week. The apartment was still a bit dirty. The power had been switched off, and consequently I couldn’t turn on the air conditioner or fans in the sweltering August heat. I tried opening the windows, but there was no air and no relief, just a symphony of cicadas in the bamboo thickets surrounding me. My throat was still burning, and I was covered in sweat.

I collapsed onto the couch, and cried.

What have I gotten myself into, I thought, what am I doing, dropping everything and everyone I’ve ever known, coming to Japan to live in the middle of nowhere, surrounded by strangers who I can’t even talk to? What kind of madwoman am I?

That moment of despair, less than a week into my time in Japan, before my first day of class even started, was sobering. 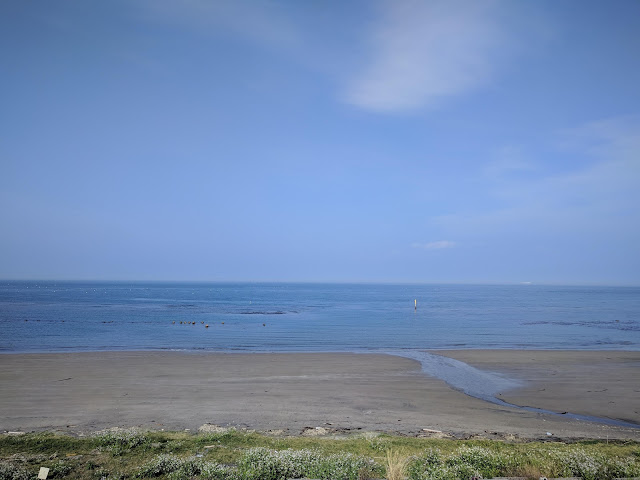 It wasn’t just the messy apartment or my sore throat. There were a lot of things that led to my decision to stay in Japan for only one year. I don’t feel like going into them just yet would be in my best interest - maybe when I get home, I’ll write a retrospective with more detail.

I’ve talked about my lack of teaching experience in earlier blogs, and how teaching English in another country was something completely different from what I’d done in any other job I’ve had before. It’s taken me a few months, but I realize now that teaching children just isn’t for me. Don’t get me wrong, I’m doing the best I can to help the JTEs (Japanese Teachers of English) I work with, but I want to more seriously pursue a career in the world of advertising. I also want to finally finish that novel.

There were initially a lot of maybes I found myself considering. Maybe if I’d been placed in or near a bigger city. Maybe if I knew more Japanese before I got here, or put more of an effort into studying once I got here. Maybe if I had saved more money before I came here, maybe if I’d gotten a nicer apartment, maybe this, maybe that. But I know how this song goes, I’ve sung it before - shouting maybe, maybe, maybe, until I’m hoarse does nothing to change what is. Once I accepted what is, I found my groove, found my people, found ways to make the most of the 365 days I would spend here, and realized what could be.

There’s a lot of things I love about Japan. I love late-night karaoke, getting lost in the city and in the mountains, eating and drinking everything in sight. The expat community in Oita is full of kind, generous people, and I’ll always value and cherish the friends I’ve made here. Honestly, they’re the ones I’ll miss the most when I’m gone. My heart hurts when I think about leaving them behind, come July.

I'm not sure what I'll do with my last four months in Japan. Probably spend as much time as I can with my friends. Hopefully travel. There's a lot that can be done in a little over 100 days, but I know they'll be over before long.

If I’d never come to Japan, if I’d never lived abroad, I would have regretted it my whole life. I’m glad I tried it out. Even if, ultimately, it wasn’t for me.


In a smoky bar full of foreigners, where my friends and I end a lot of our Saturday nights in Oita City, I ended up chatting with another ALT leaving this year about our post-JET plans.

“You got a home to go back to?” He asked me. And I knew my answer was too nebulous to give in a single word.

Before I came to Japan, I thought I had to shed everything from my past lives to be who I wanted to be. I was ready to hop on that plane to Tokyo and leave behind everyone and everything that had ever done me wrong. It sounds like the beginning of a country western song, I know. Like Garth Brooks says, blame it all on my roots.

Away from it all, I started to understand the meaning of the word “home.”

Home is drinking a Shiner at a backyard wedding where more of the guests are wearing boots and cowboy hats than suits. Home is a taco from Torchy’s, Del Taco, Velvet Taco, any other place specializing in delivering deliciousness via tortilla. Home is the sound of oak trees rustling with cicadas, cedars and bluebonnets along a sun-drenched highway, rivers overflowing with sunburnt bodies riding in black tubes. Home is sitting on the porch with my mom in the evening, having a late-night cup of coffee under the stars while she tells me crazy stories about her past. Home is half-watching YouTube videos with my best friend while we show each other memes. Home is my dog demanding to sleep under the covers in my bed, and inevitably climbing out in the middle of the night because she’s too hot.

Home is more than the things and the people that hurt me. I had to completely remove myself from the equation to realize that. And I’m glad I did - when I go back, I’ll build the version of “home” I need, and I feel like for the first time in my life I have a clear vision of what that means.

My contract doesn't end until July, so I still have time to be with my friends and explore my prefecture. I still have so far to go to achieve my dreams. But I’m forging my own path. It may lead out of Japan, but I’m excited to see where it goes next.

Popular posts from this blog

The Beach, the Breakdown, and the Last Thirty Days

Miyazaki is beautiful this time of year. The tropical prefecture is stunning no matter where you go, but I can’t imagine a beach more beautiful than the one I went to. It’s on a private resort in a cove, walled in on all sides by tall mountains covered in banana plants and palm trees. Schools of long silver fish swim around in the emerald-green waters and roll along in the gentle waves.

Standing in the surf and taking it all in, I started to feel the first inklings of the darkness to come.


To be fair, I don’t know what actually constitutes a “breakdown” - a lot of googling led me to WebMD articles and armchair psychiatrists who gave me mixed examples of the symptoms to look out for. All I know is, something inside of me snapped once the sun went down, and I ended up in bed for the rest of the night.

I went there to have fun. Instead I ended up sobbing into a futon until I fell asleep.

In the midst of my crying a …
2 comments
Read more

February 17, 2019
I had an established Valentine’s Day tradition with my ex.

First, a stop at The Steeping Room, our favorite tea and scones place in Austin, for a light dinner. Then, to the Alamo Drafthouse to see the collection of the previous year’s Academy Award nominated animated shorts. It was a humble tradition, but we loved it.

I remember Valentine’s Day 2018. Days after our breakup, unemployed, back in my childhood home. I sat in my room all day, mentally time-stamping all of the things I would be doing if we were still keeping to our annual tradition (the time when I would get home from work and start getting ready to go out, the time we’d arrive at our reservation a few minutes late as we always did, the time we’d get to the theater with enough time to order food and watch the pre-show, etc.). I felt hollow, like a Matryoshka doll, pieces of me taken away, the rest left to rattle around in my skull and remind me of what I was missing.

The Tender Heart and Tinder in Japan

As I’ve mentioned in a previous blog post, the last time I was single, Tinder didn’t exist yet. When I first broke up with my partner of five years, I was so concerned with getting my own life on track that dating took a backseat to everything else.

I downloaded Tinder for about a week back home, too, but even then I knew it was too soon for me to look for something new, when that half-decade-deep wound was still fresh. I deleted it pretty much immediately. Then, as I prepared to leave Texas and eventually arrived in Japan, it took everything I had just to keep myself afloat. Between keeping myself out of trouble with the police, to just getting my students to talk to me, I wasn’t ready to open myself up like that.