The Beach, the Breakdown, and the Last Thirty Days

Miyazaki is beautiful this time of year. The tropical prefecture is stunning no matter where you go, but I can’t imagine a beach more beautiful than the one I went to. It’s on a private resort in a cove, walled in on all sides by tall mountains covered in banana plants and palm trees. Schools of long silver fish swim around in the emerald-green waters and roll along in the gentle waves.

Standing in the surf and taking it all in, I started to feel the first inklings of the darkness to come. 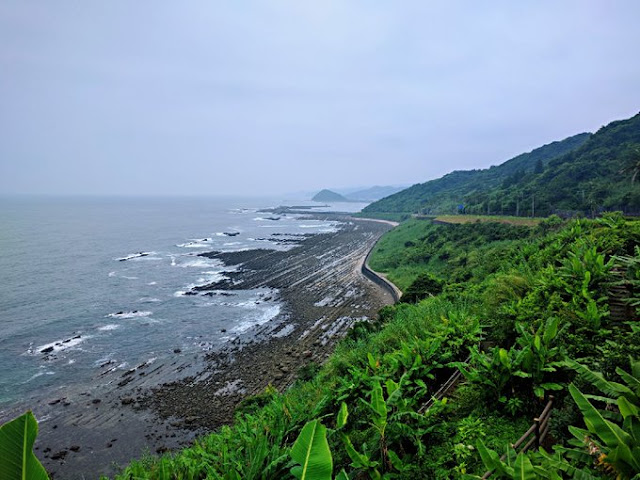 To be fair, I don’t know what actually constitutes a “breakdown” - a lot of googling led me to WebMD articles and armchair psychiatrists who gave me mixed examples of the symptoms to look out for. All I know is, something inside of me snapped once the sun went down, and I ended up in bed for the rest of the night.

I went there to have fun. Instead I ended up sobbing into a futon until I fell asleep.

In the midst of my crying a friend rushed to my side and wrapped her arms around me while I sobbed. “I hate it here,” I choked. “I feel like a sticky note that just won’t stick to anything.”

The truth is, it isn’t the only time since I arrived in Japan that I’ve felt like this, or that I’ve collapsed into tears. It’s just the first time it’s happened semi-publicly.

I’m not just sitting around feeling sorry for myself. I’m working through my scaled-down Japan bucket list, going to the notable places in Oita I somehow missed during my first eleven months here. Making weekend plans helps to keep the existential dread at bay, but it’s not a permanent fix. Sucking down drinks in an izakaya, standing under a sky full of fireworks, on an island in a shrine so old no historian can accurately pinpoint when it was created, that thought creeps in, takes hold of my brain and won’t let go:

I feel like that sticky note that won’t stick. I feel like an ill-fitting shirt. When I’m stared at or hear whispers of “gaijin” as I pass a crowd, it suffocates. 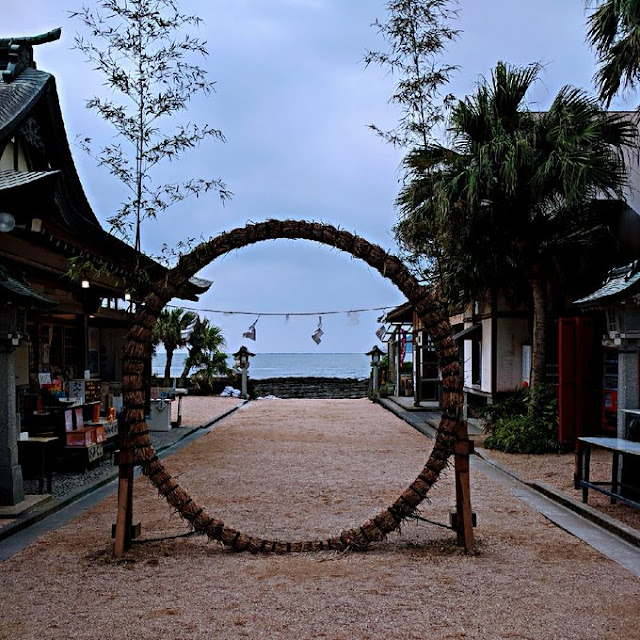 Coming to Japan has simultaneously been the best and worst decision of my life. It's been the longest year and yet the shortest. And as of now I only have 30 more days until I'm on a plane back to Texas.

I used to be embarrassed by myself, coming all the way to this place I’ve dreamed of since I was a kid... only to be sad all the time. "How could you come to one of the most beautiful places in the world, and not love it?" I asked myself. Yes, it's beautiful here. Kyushu is sprawling and lonely and beautiful and nothing like Tokyo. I’m not ashamed to admit that culture shock put me in a dark place, and that most of my days here have been dark. My feelings aren’t shameful, they’re not inconvenient, they’re real and they’re human.

It’s not all depression and counting down the days, though. While I was in Miyazaki, my friends buried me up to the neck in sand and turned me into a mermaid. A few weekends ago I went to the aquarium and dug a pearl out of an oyster with my hands and made a necklace with it. Sometimes, when I'm not paying attention, I find myself having what some people might consider "fun."

I think in spite of myself, I might be making memories.

I don’t want to leave Japan with a sour taste in my mouth. I’ll tell myself it’s just all the kabosu. 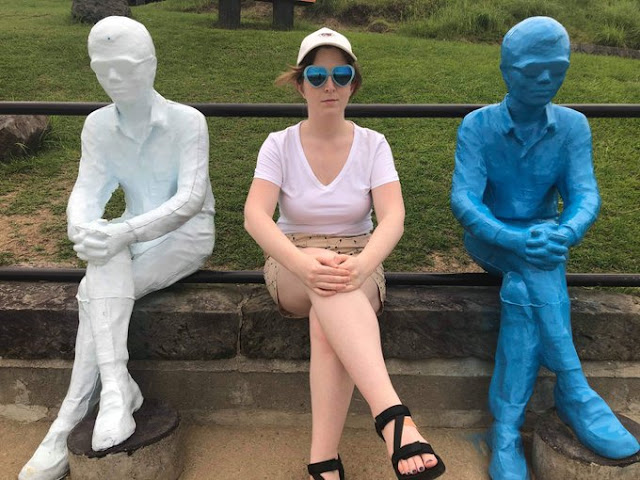 Popular posts from this blog

The Tender Heart and Tinder in Japan

As I’ve mentioned in a previous blog post, the last time I was single, Tinder didn’t exist yet. When I first broke up with my partner of five years, I was so concerned with getting my own life on track that dating took a backseat to everything else.

I downloaded Tinder for about a week back home, too, but even then I knew it was too soon for me to look for something new, when that half-decade-deep wound was still fresh. I deleted it pretty much immediately. Then, as I prepared to leave Texas and eventually arrived in Japan, it took everything I had just to keep myself afloat. Between keeping myself out of trouble with the police, to just getting my students to talk to me, I wasn’t ready to open myself up like that.

February 17, 2019
I had an established Valentine’s Day tradition with my ex.

First, a stop at The Steeping Room, our favorite tea and scones place in Austin, for a light dinner. Then, to the Alamo Drafthouse to see the collection of the previous year’s Academy Award nominated animated shorts. It was a humble tradition, but we loved it.

I remember Valentine’s Day 2018. Days after our breakup, unemployed, back in my childhood home. I sat in my room all day, mentally time-stamping all of the things I would be doing if we were still keeping to our annual tradition (the time when I would get home from work and start getting ready to go out, the time we’d arrive at our reservation a few minutes late as we always did, the time we’d get to the theater with enough time to order food and watch the pre-show, etc.). I felt hollow, like a Matryoshka doll, pieces of me taken away, the rest left to rattle around in my skull and remind me of what I was missing.